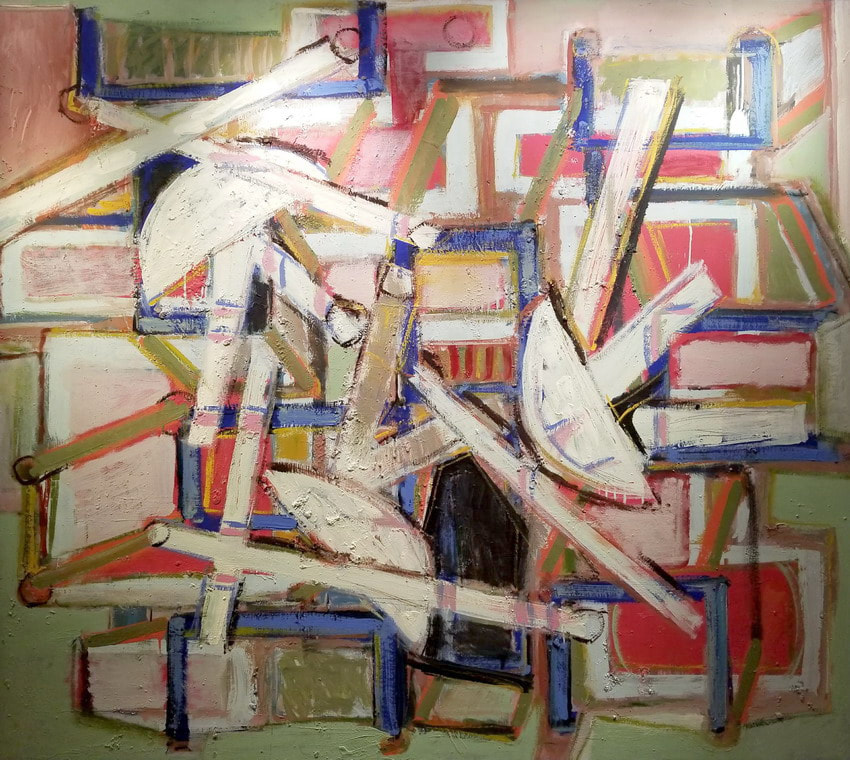 contact the gallery by
"The Searchers",
Signed verso,
Oil on Masonite, 48" x 54"