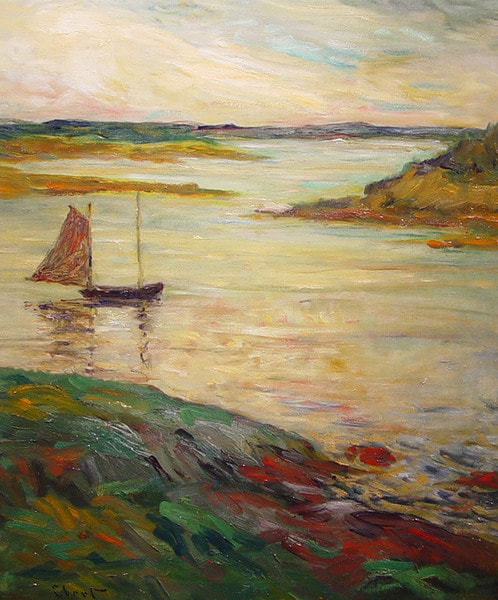 ​​​​​​​​​​​​Born in Milwaukee, Charles Ebert studied at the Art Academy in Cincinnati and later at the Art Student League in New York City. Ebert also studied in Paris at the Julien Academy. Returning to the U.S., he opened a studio, married and relocated to Greenwich and then to Old Lyme, Connecticut spending his summers on Monhegan Island, ME.

His paintings have been widely exhibited throughout his career including the Pennsylvania Academy of Fine Arts(PAFA), National Academy of Design, NY, the Corcoran Gallery,and the Connecticut Academy of Fine Arts(CAFA), to name a few. His works are included in the collections of the Farnsworth Museum, ME, the Florence Griswold Museum, CT, The Monhegan Museum, ME and the Lyman Allyn Museum, New London, CT.