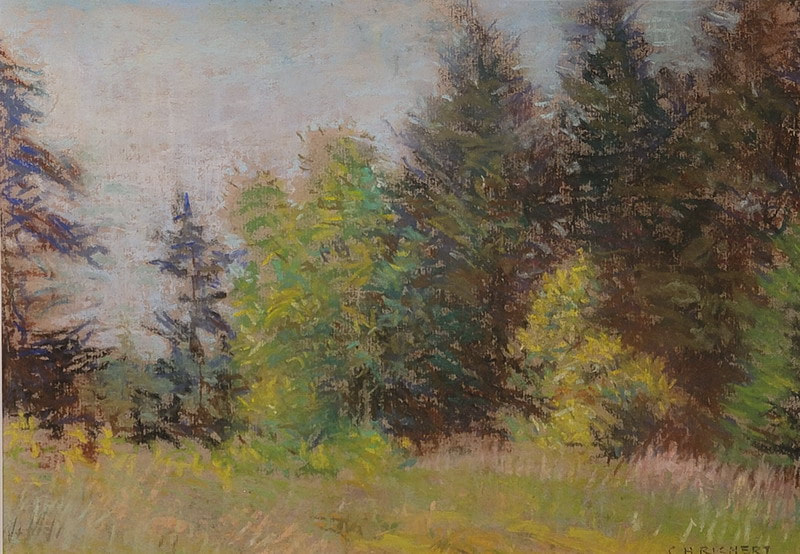 Charles H. Richert was born in Boston, Massachusetts .
He studied at the Massachusetts Normal Art School, and with Joseph De Camp, Ernest L. Major, and R. Andrew.  He spent a year in Europe studying at some of the principle art galleries there.  Some time later in his life he moved to Ellsworth, Maine and opened a studio there.  From there he painted many scenes of the coastal area around Blue Hill Bay and Bar Harbor.

He held teaching positions at the Rindge Technical School in Cambridge, Massachusetts, and the Massachusetts School of Art.  During his career he also worked for some time designing theater set layouts, and was known to have created color woodblock prints.  His work is represented in some of the most prestigious public and private collections in the US, including, the Farnsworth Art Museum in Rockland, Maine.