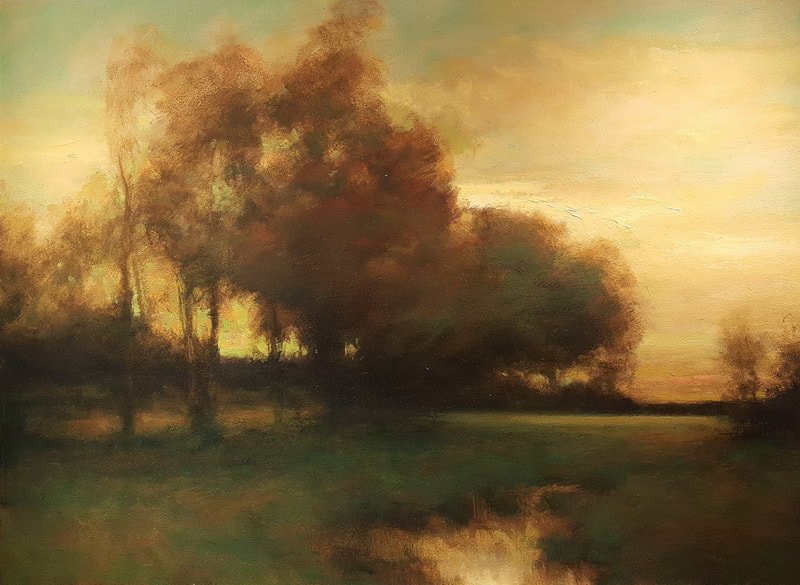 Dennis Sheehan was born in Boston in 1950 and now resides in New Hampshire. He attended St.John's Prep School, Vesper George School of Art and the Montserrat School of Art and is currently a member of the prestigious Guild of Boston Artists. His paintings are in major public and private institutions, including The White House.

Sheehan paints in a 19th century style capturing the transitional periods of dusk, dawn, approaching storms and even, gray winter days ,when the sun's light is most elusive. His paintings reflect the tonal qualities and training of the French Barbizon School. Sheehan has also been greatly influenced by the important 19th century American artist George Inness which can be seen in his landscapes of mood, affected by nature's changing seasons.