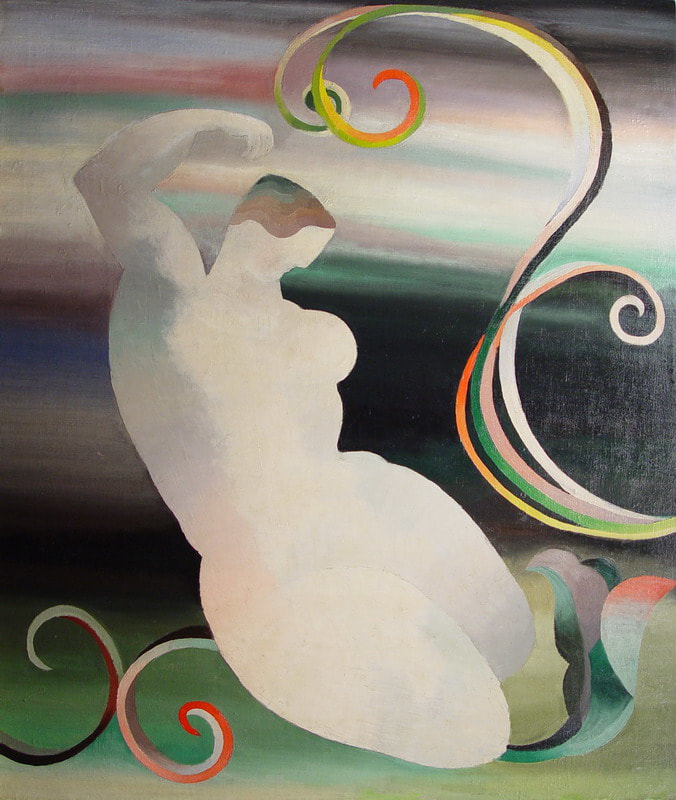 contact the gallery by
"Figure with Ribbons"
Signed Certificate of Provenance.
Oil on canvas. 40" x 34"​