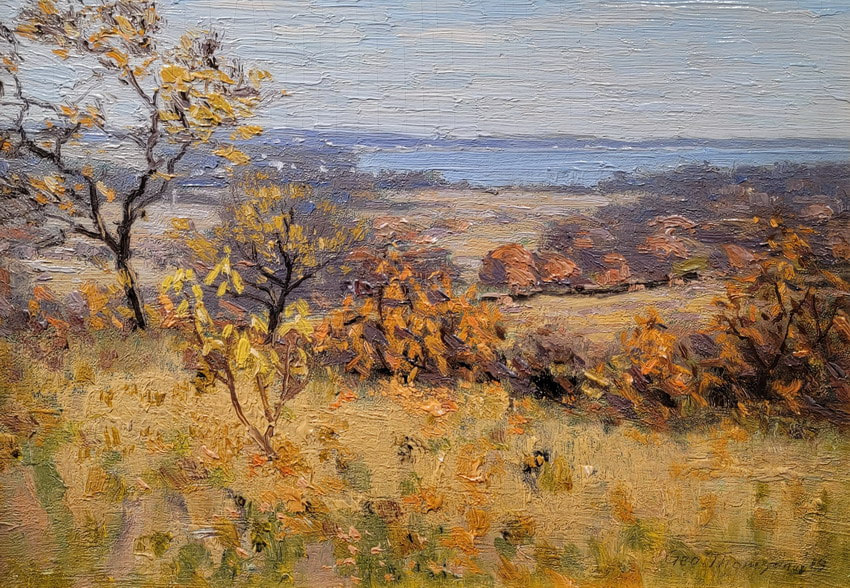 A late autumn day by the shore is captured by Thomson with broken brushwork and tonal qualities.

George Thomson was born on February 10, 1868 at Claremont, Ontario. At the age of 38 he moved to New York City to study at the Art Student's League. He spent two summers at the Lyme Artist's Colony in Connecticut where he studied with Frank V. Dumond, W. L. Lathrop and H. R. Poore.

He became a member of the Connecticut Academy of Fine Art, where he won a prize in 1915 for one of his paintings. Thomson also exhibited at the National Academy of Design, NYC and the Art Institute of Chicago. His work is included in the collection of the Florence Griswold Museum in Old Lyme, CT.