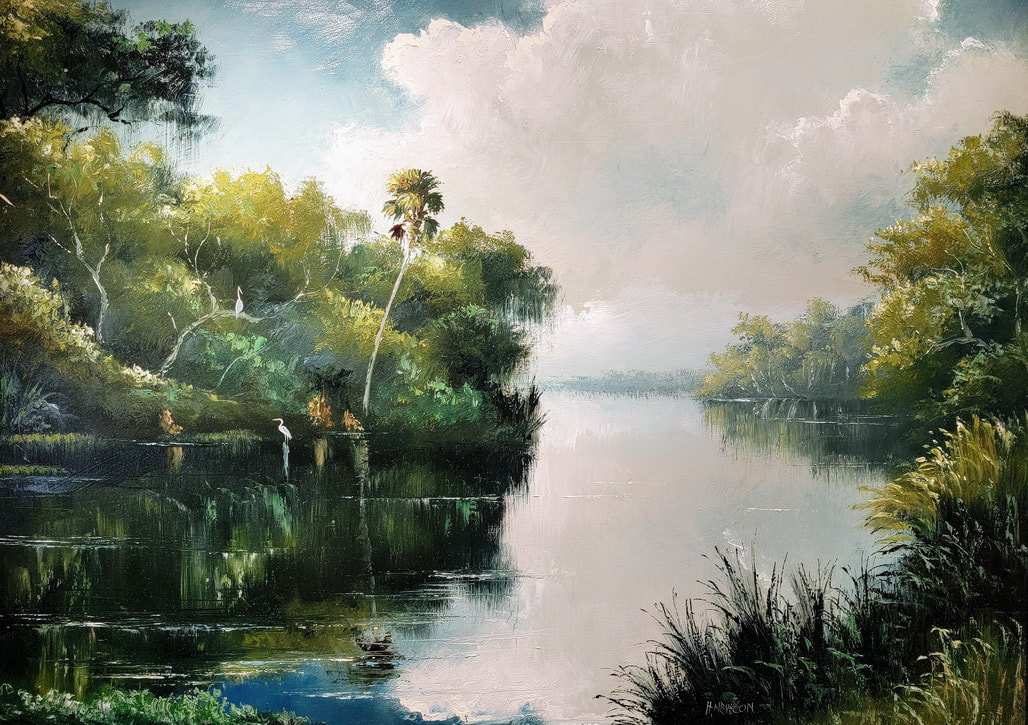 Harold Newton is considered by some to be the founder of the Florida Highwaymen. He was born in Gifford, Florida in 1934. In 1954 the 20-year-old young and unknown artist began travelling throughout the state to paint and sell his works. Harold Newton had a keen sense of family; he sold his paintings, door-to-door and from the trunk of his car, to support his family's needs

Harold Newton paintings were primarily coastal landscapes, and many have come to be representative of Florida's beauty. He was greatly influenced by another famous Florida artist, A.E. Backus.
Newton’s work often depicts trees, native birds, sea and sky. He was especially known for his use of dramatic color contrasts, combining pastels with darker shadowed areas. His brush strokes made each landscape seem to be viewed through salty ocean spray.  Overall, his work is mildly impressionistic, much like a memory of a scene glimpsed along his travels.

Harold Newton paintings were designed to appeal to the common man, and Harold originally sold each one for about $25. Today the same art often sells for thousands of dollars, and Newton's Art is highly valued by collectors. The art has become a documentation of Florida's expansion and preservation of its beauty, and for this reason Harold Newton and 25 other Florida Highwaymen artists were inducted into the Florida Artists Hall of fame in 2004.