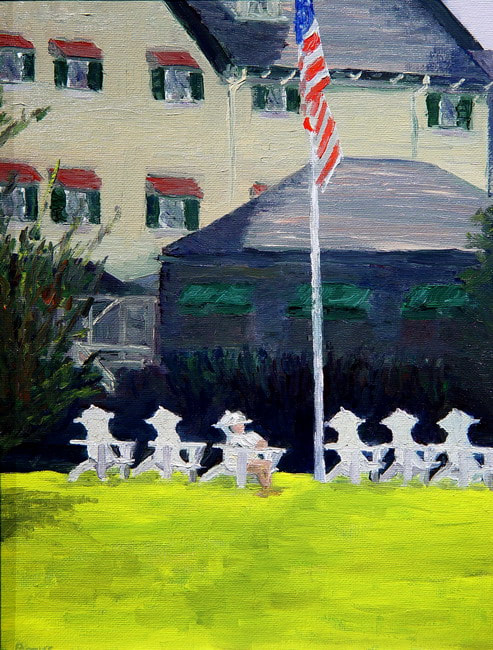 contact the gallery by
"A Claremont Summer",
Signed Puzinas lower left.
Oil on canvas on board. 14"x11"​