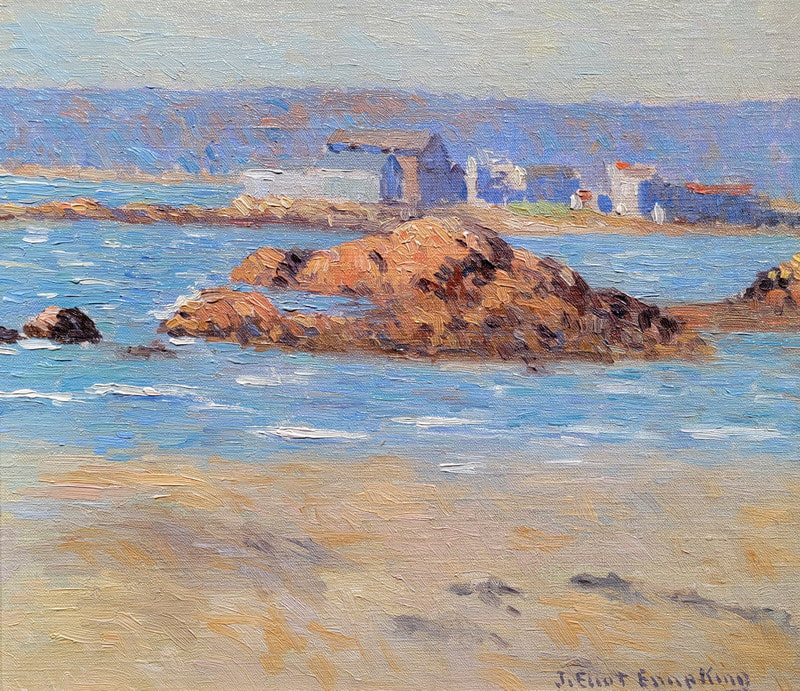 Enneking then opened a studio in Brookline, Massachusetts, not far from Boston, painting around Mill Pond, a quiet wildlife refuge. He also painted beach scenes, paths through woods, and the light at sunset in Rockport and Gloucester, Massachusetts, where this scene was painted.

Where his father often explored the light at dusk and similarly moody landscapes, the younger Enneking preferred the bright, sun-dappled canvases favored by many American Impressionists.

His work can be seen in the Springville Art Museum, Utah; the Mystic Art Association, Connecticut; and the Cape Cod Museum of Art in Massachusetts.