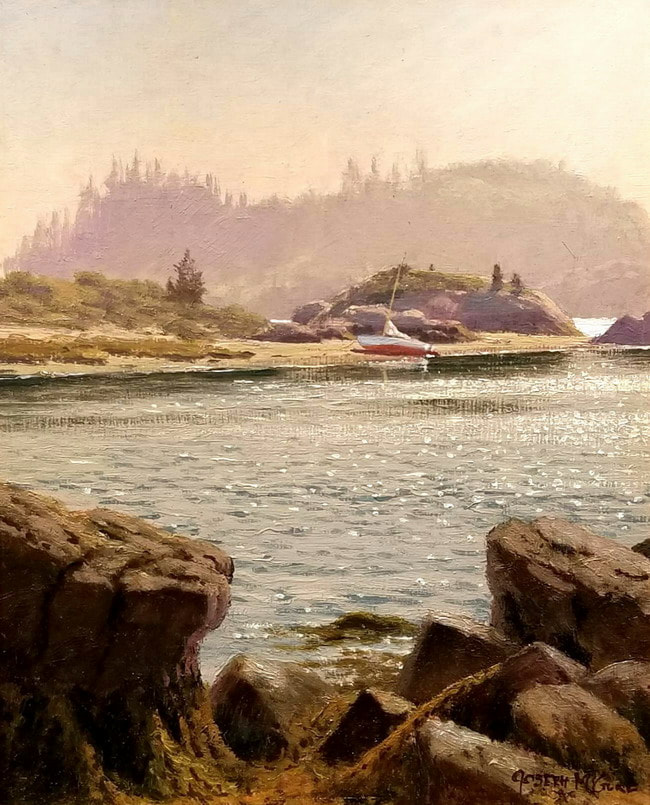 Joseph McGurl was born in 1958, in Needham, and raised in Quincy, Massachusetts. He was educated at the Museum of Fine Arts, Boston; the Massachusetts College of Art (B.F.A.); the University of London Summer Program; the Boston University Summer Program in Florence; and privately with leading Boston School artist Robert Cormier.

He has won the John Singleton Copley Award from the Copley Society of Boston; and the Grumbacher Gold Medallion from the Guild of Boston Artists. He was one of the Forbes American Artists Abroad group, and has been recently featured in American Artist; in Art Ideas; in M. Stephen Doherty's book, Creative Oil Painting; in Driscoll and Skolnick, The Artist and the American Landscape; and in Harris and Lyon, Art of the State: Massachusetts.

His work has been included in museum and art club exhibitions (including a solo retrospective) in Massachusetts and Rhode Island, and in major commercial exhibitions from Boston and New York to San Francisco.  He is a founding member of the New American Luminists.  McGurl is a featured artist in this year's Marine and Coastal Art Exhibition.  He has participated in several group shows at Tree's Place including The New American Luminists (1998, 2000, 2003), On Location, Coast to Coast: Small Works by Nine Americans (2001), and Marine and Coastal Art (2002). He has work in the current traveling Sea to Shining Sea exhibition (scheduled regionally for the Cape Cod Museum of Art, May - July 2007.​