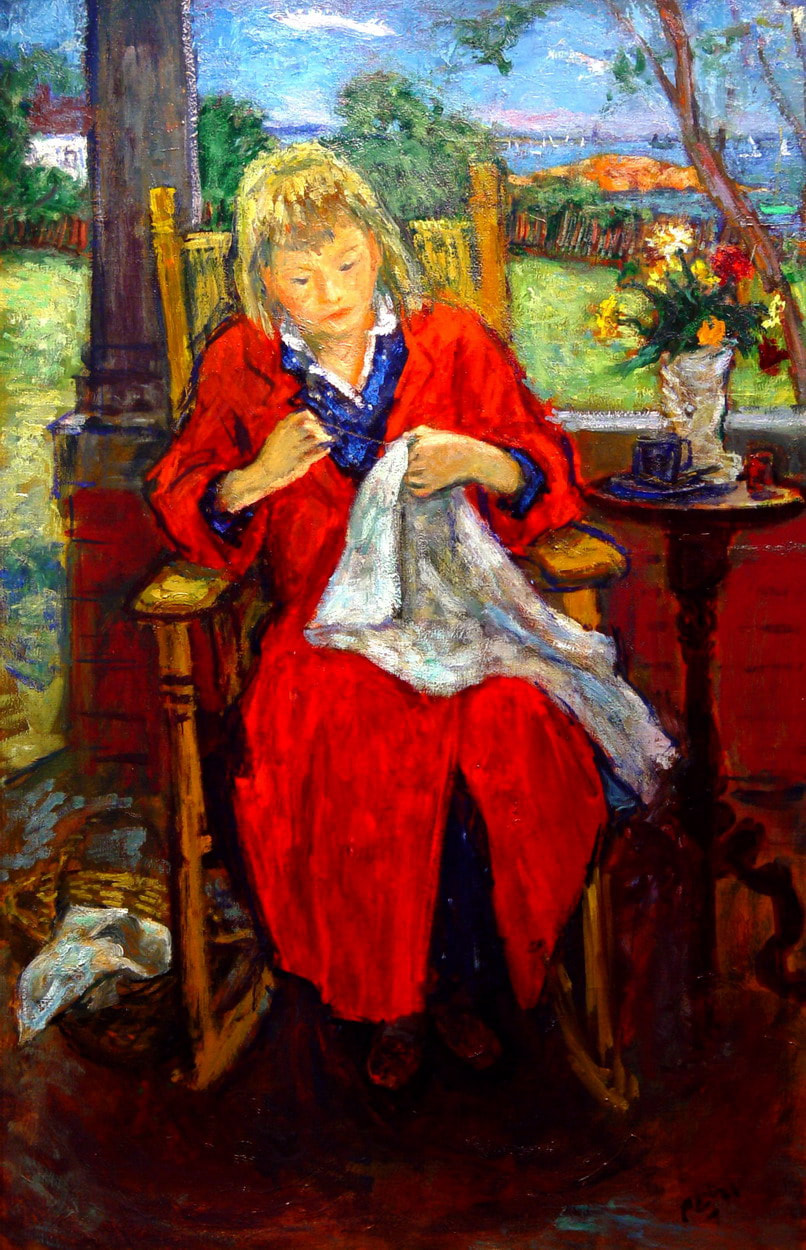 Robert Philipp was born in New York City, and began to draw at the age of three.
He later studied art in Paris and at the Art Students League with Frank Vincent DuMond
and George Bridgman from 1910 to 1914. He also studied at the National Academy of Design
from 1914 to 1917.

Philipp became successful as a painter at an early age, and was well appreciated in his
lifetime. He was well-known as a portrait, figure and still life painter; he painted
celebrities, nudes, even landscapes. In 1934, he married to artist Rochelle Post.

Sometimes called America's "last impressionist", Philipp projected an image romantic and
evocative, colorful and engaging. The observer is spellbound by his daydreaming girls or
touched by his emotional involvement with each character caught in a frozen moment. His
adored wife Rochelle was a favorite model. Philipp taught art throughout his career,
teaching at the High Museum of Art in 1946, the University of Illinois in 1940, the Art
Students League from 1948 to 1973 and the National Academy of Design from 1950 to 1975.
He was a member of the Lotus Club, a full member of the National Academy of Design and
the Royal Society of Art, London.