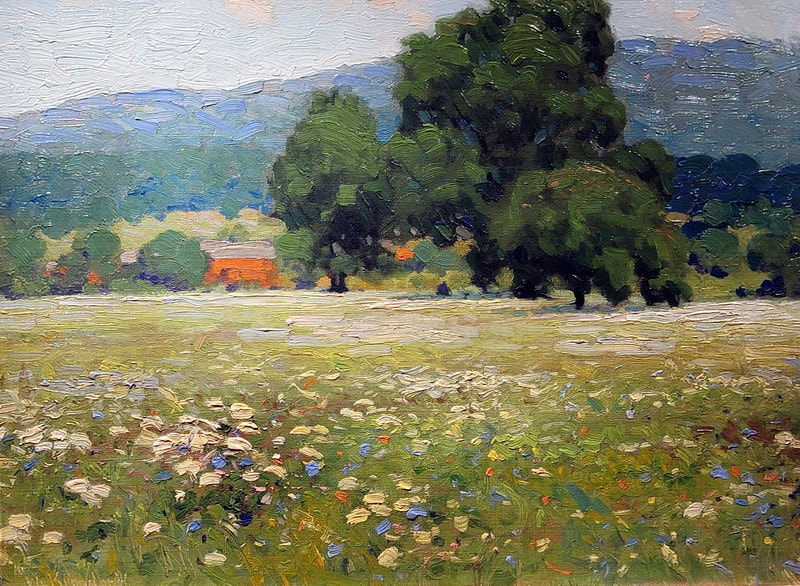 A colorful and bucolic meadow is beautifully depicted in this summer scene in the valley.

William Krondorf was born and received his initial art education in Germany before immigrating to the United States.  He arrived in New York City in 1904, and studied commercial art, photography and lithography at the Art Students League.  For a time, he operated a photoengraving business in New York, making reproductions of famous paintings.

Krondorf traveled widely through out the Northeast, painting landscapes becoming accomplished in both mediums of oil and watercolor. He eventually settled in New Jersey and began painting landscapes of the surrounding area of Lansing, NJ.  During his career, Krondorf’s paintings were exhibited at the prestigious National Academy of Design in New York City.

In 1928, he retired and moved to St. Augustine, Florida, but returned often to his former home in New Jersey.  In St. Augustine, he first exhibited his paintings in 1956 at the Brush and Palette Shop. Krondorf was one of the
founding members of the St. Augustine Art Club, an important and influential American Art  Colony from the 1930’s-1950.